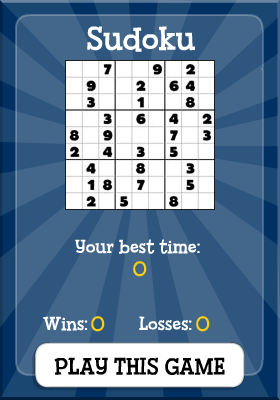 Sudoku is a popular pencil and paper game that you typically play solo, just like doing a crossword puzzle. You can play a head-to-head version in Poptropica Common Rooms. Sudoku takes a lot longer to play than the other games.

In the Poptropica version, you can play against an opponent so it’s a race to see who can score the most points. The player who solves the most squares and therefore gets the most points wins the game. Unlike most of the other games, Sudoku keeps a running total of your wins and losses so you can see how good a player is when you start the game.